There haven’t been a lot of snow in my area this year. And as I just moved for some weeks to Leipzig (thanks for the flat, Alex!!) it is unlikely, that I will have the chance to encounter much ice and cold any more.

Of course, this isn’t true for the “big” mountains. Also May can be very cold there. In May 2014, I have been in the High Tatra in Slovakia. These are very rocky mountains and they deeply impressed me.

Hiking through some kind of gorge in about 2200 m of altitude, I found a perfect winter landscape with no human beeing around.

But just when I thought, I am completely alone up there on the peak, I discovered two Alpine Accentors. They were playing in the snow, singing, playing tag and finally performing the courtship display. Neither ice nor frostiness could discourage them.

It was time to return and as there was a iced film on the snow, it was possible to “go skiing” on my alpine boots quite well. In the lower areas, some ice was already melting.

When the first alpine meadows came in view again, I encountered a group of “Tatra”-Chamois and few Alpine Marmots.

In the evening at the car, it felt strange to be back in spring, with the warm sun and green meadows with flowers anywhere. It felt like I had been travelling between seasons.

In the last months, my thoughts travel often back in time and I remember moments, when I have been far far away, day and night in a wild, poorly settled country. Together with a good friend and nothing else.

Moments like the amazing view from a mountain in the Kazakh Tian-Shan during full moon are burnt in my memory.

All the days in the endless Kazakh steppe, always surprising by the different colours and landscapes.

The feeling, when you see a thunderstorm approaching, rumbling loudly and then you smell rain in the air.

Staying in the Altai mountains, surrounded just by unvisible Brown Bears, snow and a distant White’s Thrush singing in the night

How beautiful it was!

At the moment, I am back in Kyrgyzstan to accompany an excursion of the University of Bishkek. So I am busy, explaining people knowledge about the animals there. But surely, there will be some possibilities to take more photos.

To get you excited, attached are a few photos from my trip to this high-altitude country in May/June.

Together with a friend, I just left for a trip to Kyrgystan in central Asia to do some kind of comissioned photography. One year ago, I’ve been some hundred kilometers further north in Kazakhstan. Great country with an impressing landscape!

Attached are few photos from the first and last day in the Tianshan mountains, south of Almaty.

I hope the trip now will be as great as the last one!

Almaty, the former capital of Kazakhstan in front of the Tianshan, Kazakhstan 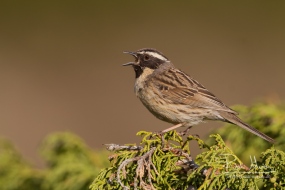 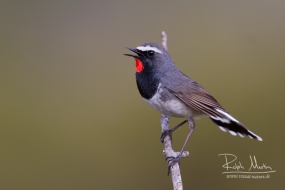 Moonlight over a river in the Tianshan Mountains

Sunset in the Tianshan Mountains
Photographing in central Asia

The Alps always fascinated me a lot. In September 2014, I decided to give the slowenian part a chance. As there was very bad weather when I arrived, I drove at once further to the south. On my way back, I was a little bit more lucky with the weather – but I had poorly just one day of time left. Nevertheless, it was a nice day.

Take a look and enjoy the beauty of the eastern Alps!

Edelweiss in the mountains

BWE: The Julian Alps in Slowenia

Thailand, USA, Australia, New Zealand… some typical holiday destinations for many people. It is hip to go there, to be able to talk with the others who have been there. Reasons to visit these countries are often the amazing landscape and nature. At the same time, few people are aware of the beautiful wilderness in Europe, of the breathtaking landscapes, of the very special animals and the beautiful flowers.

For this reason, I thought about a project for a long time: I want to show this beauty, to make people aware, that it is not really necessary to travel always that far. To show that the beautiful places are right in front of our door or not far away. And to show, what we lost already and what we will loose, if we proceed in our way of life.

Within the scope of this project, I will present different areas in Europe, special animals or plants or just special places. I already started with some posts – and I will proceed.

Maybe, you get inspired by these places and next time, it is not Vietnam but the Balkan you travel to!